Professional Photographers have forever gloated on tweaking ISO, Exporsure, white balance etc, giving their photos more flexibility to look better. But what if an app were to bring these complex tools to the iPhone and make them easier to use? Halide does just that. True, there have been many apps on the platform that have provided these optionss, but Halide’s finish makes it look like a work of art. It’s a beautifully designed app, that makes complex tools appear so easy to grasp. That combined with a great redesign for iPhone X, makes Halide a must have, even if you’re not into professional photography. Trust me, you’ll want to get started after looking at the results!

Reddit apps have forever been a designer’s playing field. While some of them have impressed with a conventional UI (like Alien Blue, which later got renamed and rebranded as the official Reddit app), other like feedworthy have impressed with innovative card based user interfaces. But there’s not been a balanced Reddit app, whiche’d make me use Reddit more often. Apollo accomplishes just that. Providing a simple and easy to use interface, the app religiously follows the HiG and creates an experience that feels native to the iOS platform. (And yea, with no hamburger menus!). Apollo is pretty much the poster child of how following good UI practices can produce great results. It’s my favourite Reddit app by a mile!

An early entrant to the list, AutoSleep is an innovative app that performs advanced sleep tracking without the need of having an Apple Watch App. It’s more accurate if you’re wearing your watch to sleep but works without it too. With the watch on your wrist, the App accumalates a bunch of data to analyse your sleep, and offers it in a decent form. The best sleep tracker is the one where you don’t need to press a button to declare that you’re going to sleep or have woken up. And AutoSleep is probably the only app that does it at the moment.

While their AppleTV app launched earlier last year. Rheo went through a major revamp and introduced their iOS Apps in June this year. A declaration that the service, unlike similar ones like Hyper, was here to stay and expand its offering of fun, curated internet videos. I don’t watch shows by Stephen Colbert, Jimmy Kimmel or Seth Rogen, they aren’t too accessible in India, but Rheo’s snippets of their shows are just what I need for some slacker entertainment. Most of the times, I don’t even know who’s show is going to appear next. An interface that helps proliferate consumption of content more than interaction on the TV, and just the right amount of interaction on the phone, that makes Rheo look so polished. Definitely an app that’s worth having on your iOS and tvOS devices! 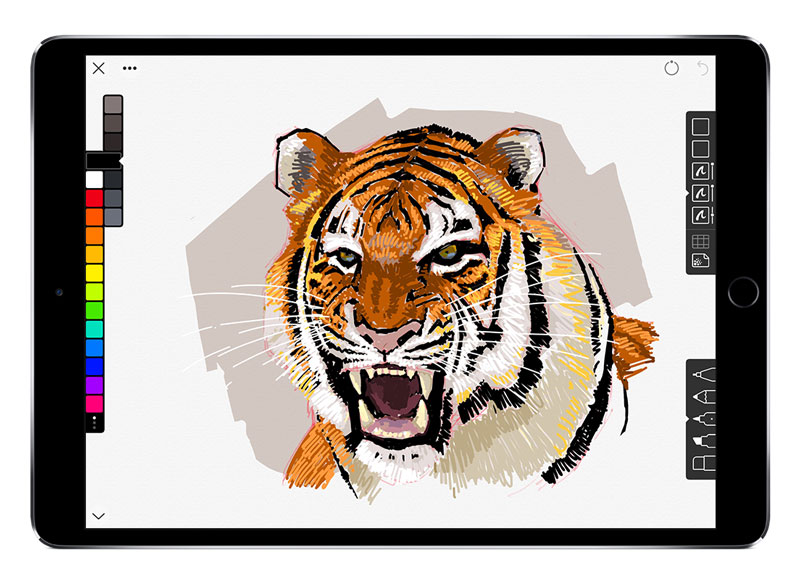 Linea is a quick sketching app. It’s not meant for hi-fidelity mock-ups but for quick sketches. Even with a simplistic UI, Linea offers a host of features and can generate really hi-quality sketches. Linea’s expansive range of export options and an easy to use interface make it an ideal tool for taking sketch notes, doodling or generating low fidelity mock-ups. I’ve found my self ideating in linea more often than I originally hoped to use. 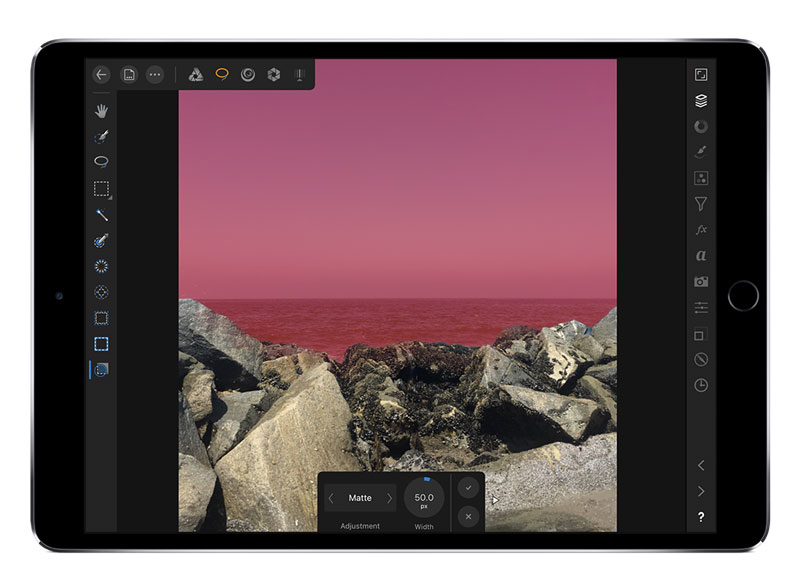 Affinity Photo is a tool for professional photographers. Providing a range of options, that pretty much match Adobe’s Photoshop, Affinity Photo provides a complete professional photo editing experience while taking advantage of the iPad Pro’s promotion display and Apple Pencil Support. Even though the interface doesn’t feel native to iOS, it’s an apt touch-screen experience anyway. Affinity Photo is a must have for photographers and graphic designers, and a great power tool to have on the go.

FiftyThree Inc’s second app after six year’s is an innovative collaborative presentation tool that allows teammates to make collobarative presentations and share notes. Relying heavily on Images and pre-formatted text options, Paste simplifies the presentation experience for iPad. You don’t have to spend time adjusting the layout, you just need to type in the text, drag images and you’re done. It’s a breath of fresh air in an area that doesn’t always get attention. The app as usual offers a great user experience.

A great app for conducting comparisons between text and visual files. Kaleidoscope offers powerful comparison tools in an easy to use interface. It’s a neat little utility that users’ll find useful while organising large projects. The app comes with a 14 day free trial and is definitely worth giving a shot!