Today, When you pick-up your phone, and try to use its features, the phone asks whether it’s you or not? And you tell it that you are using the phone by providing your fingerprint. The phone then checks those fingerprints, makes sure its you and unlocks your phone. 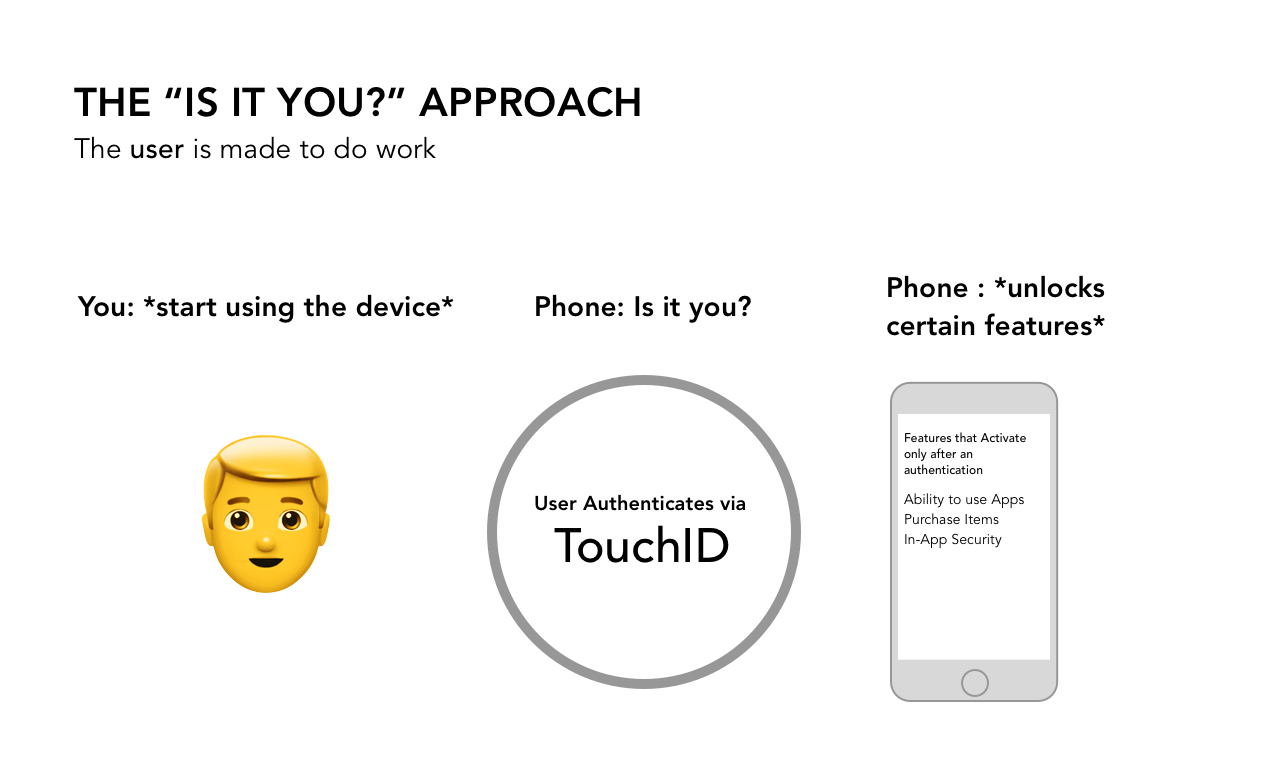 In this process, the only time that is taken, is the time taken by you to place your finger on the home button, it’s also the only work that’s done physically in the process of unlocking. Rest of the work, done by the phone is done in seconds.

However, if a Face Detection technology were to arrive. The process flow would look something like this:

User Picks Up the phone ; The display lightens up ; The phone authenticates the user by looking for his face ; The phone unlocks itself for the user once it makes sure that the face is his. 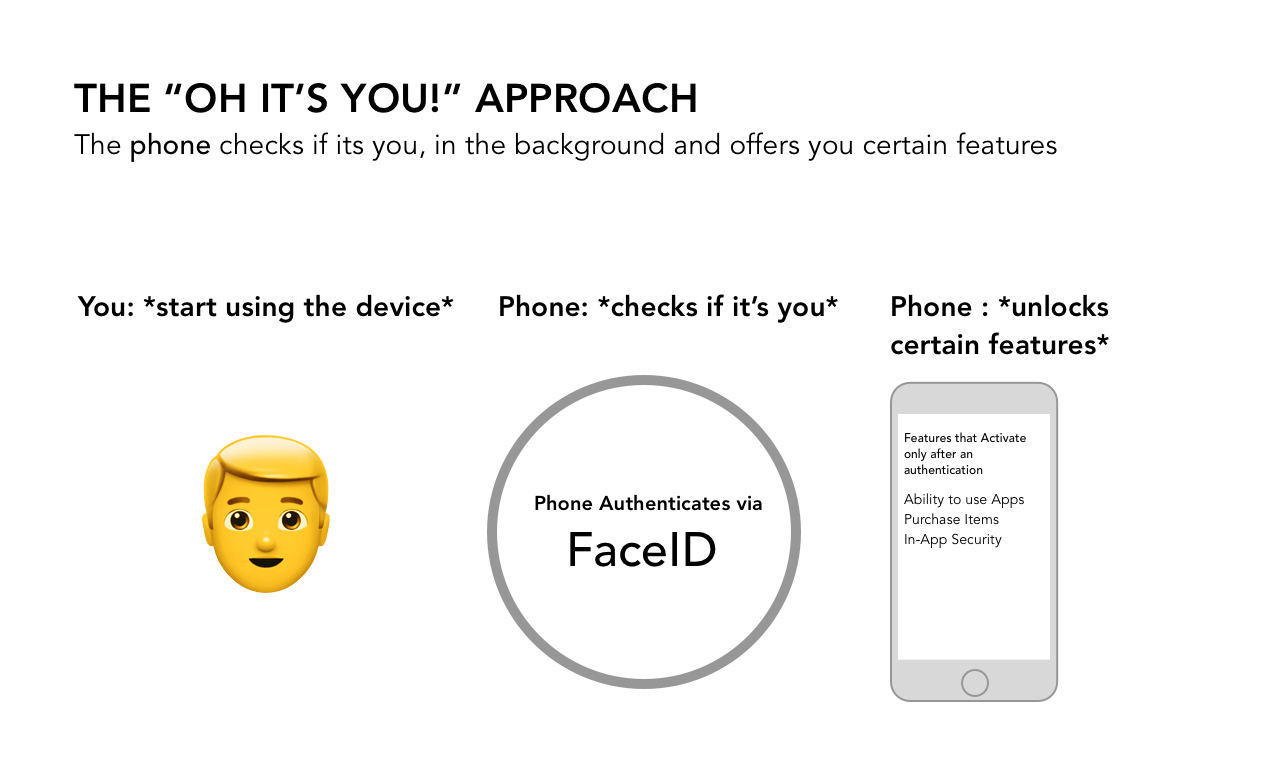 The user does no work, and if the process is fast enough, he wouldn’t even know that the phone authenticated him. The phone just saw him, realised that its him and showed him his home-screen accordingly. It’s the phone checking and realising that “It’s you!” instead of asking you to prove its you.

Proactively verifying the users identity is a fundamentally better design choice than displaying a sheet to make sure that the user verifies himself, before any important process.

What looks like a touchID authentication view on screen today, would look more like a “Buy” button instead if this were to arrive.

Rumour has it that Apple’s working on a face detection technology for its next iPhone. There’s also the rumour that Apple may ditch touchID in favour of the new technology. This makes a lot of sense when put together. Something like a FaceID (if it were to cross technological hurdles and be as accurate and fast as touchID) would lead to a much better user experience than TouchID, and with that need gone, one could simply eliminate TouchID.

The only reason why TouchID could still exist in the new phone, would be that something like a FaceID would need a fall-back and that could presumably be TouchID. But then, TouchID needs a fall-back too, and that is Passcode. So why not remove TouchID and use Passcode as the fall back instead?

Moreover, If Apple were going to make an all-glass front with no home button phone, they’d need to use new tech to make TouchID work on the screen. Why would they? When they presumably have a much better tech in FaceID.