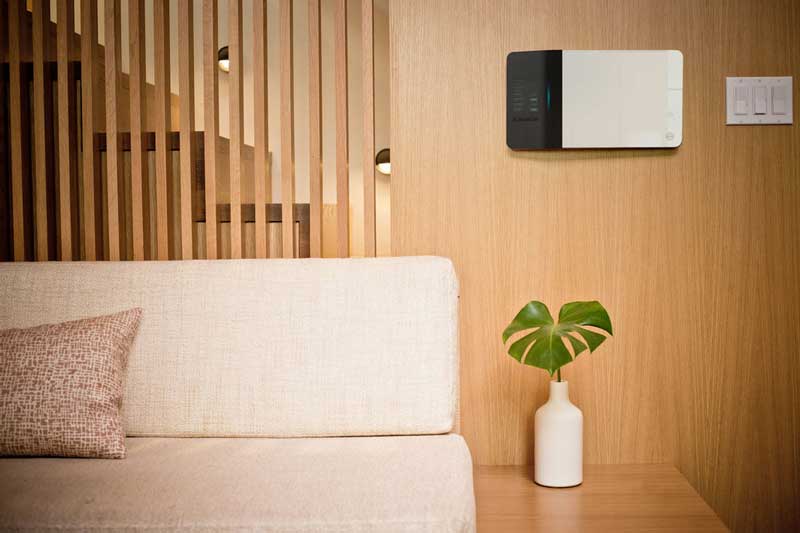 Vidit Bhargava
With the number of smart gadgets increasing by the day, Charging them has become a hassle. You need to charge your phones, your computers, watches, et all. at regular time intervals. And the number of wires can be staggering. One solution to this problem is Wireless Charging. Well, not exactly wireless charging but more like Induction + Resonance based Pad Charging. You place your device on a Pad and the device starts charging. These charging pads can be placed into furniture and you basically have a spot in your table where if you were to place your phone, your phone would charge.

But this isn’t truly wireless. To begin with, you need contact with a special part of the surface to charge your devices, and secondly, that pad needs to be connected to a power source too, and generally supports a single device. So what you’re doing with this kind of wireless charging is just replacing the charging cable with a pad.

What if, you didn’t need all the charging paraphernalia? What if charging happened over the air? You plug in a charger. And all your devices in the room start charging, without the need of any cables. Sounds like Science Fiction, and to be honest a little scary too, Most people I’ve talked to about it, have questioned the sanity of having “electricity through the air”. But this is a sort of technology which is on the horizon of becoming popular and more than that, it’s just about as safe as WiFi.

While exciting, Over the Air charging is still in a nascent stage, and has been approached at with multiple angles, which vary in their implementation, ef ciency and device safety. I’ll be discussing three of the popular Over the Air Charging technologies for this piece:

The way this works is, Radio Waves are essentially Electromagnetic Waves (much like X-Ray, microwaves and infrared waves). A device (Hub) transmits high frequency radio waves at a fixed frequency. The phone or any other smart device can receive those waves at that fixed frequency and convert the transmitted Alternating EM Wave, to a Direct Current Wave. This is effectively how FM Radio works but instead of data, it’s power that the user gets.

Since, the EM Wave propagation attenuates (reduces) over a distance. The closer your device is to the radio wave transmitter, the faster it’ll charge.

Yes. High frequency radio waves cannot penetrate human skin. And since most of the charging technologies use only the magnetic components of EM Wave, there isn’t much of a risk anyway.

Why is it not taking the world by the storm?

The efficiency is not upto the mark, i.e. it just takes too long to charge the device at the moment. Given, that a lower efficiency isn’t much of a concern once your device is consistently charging, but there’s another concern around consistent charging. Lithium Ion Batteries only have a limited number of charge cycles they can go through, and if you’re consistently charging for long durations, that could adversely affect your device’s battery. Also, the efficiency isn’t even high enough to charge your phone while you’re using it. The charging efficiency i.e. the power it can transmit over a distance, to charge your device in a reasonable amount of time compared to current charging standards, is a major hurdle for these devices to become reality.

The efficiency though, is merely an end result of what a 3 part balancing act between the desirable power, the safe limits of power transmission via radio waves, and the distance to which it can charge at the desired efficiency. You could have higher efficiencies but would it be safe for anything other than an in-lab environment? Or will the range be big enough?

And the other reason why companies like Power Caster and WattUp have not been getting much traction is, that they need strategic partnerships for the phones to have receivers and converters which can receive their RF Transmissions and convert them to usable energy to charge the device. 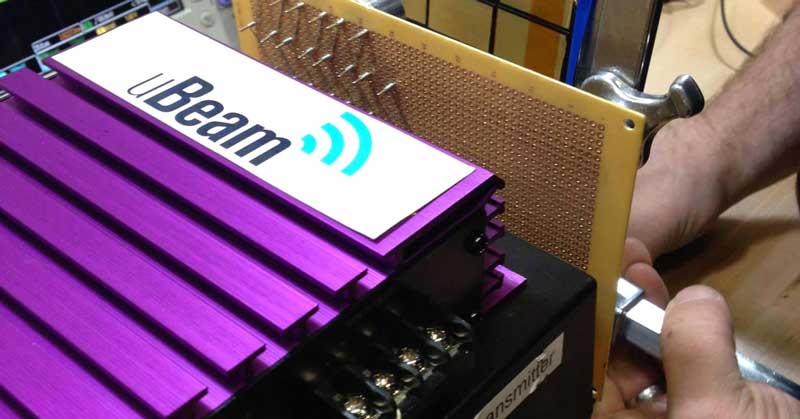 There are major advantage to Ultrasound waves. First, The receivers are cheap. And the devices can charge while moving. And since Ultrasound waves can transmit data as well, this can be used to connect to other smart devices. Moreover, Ultrasound waves are generally safer than Radio Waves, since these are just sound waves and not EM waves (which are only safe to a certain limit of frequency), this is also technology that has had medical implementations for quite a while.

Having said that, uBeam’s major disadvantage with Ultrasound Waves is that it needs a line of sight connection, which’d get blocked by physical barriers like Walls or Humans, and that can be a troublesome situation if your device needs to be in a specific desired location in the room to charge.

WIFi is almost everywhere! Cities have hundreds and thousands of WiFi Points and they basically use the same infrastructure that’s needed to transmit power.

WiFi Routers can be forced to send out a constant 1W Signal, and there goes the need to have a rectifier to convert AC Power to DC. The convenience of having Power Delivered by your WiFi router is gigantous. You don’t need an external hardware. Fewer Electronic components only mean that it’s going to be cheaper and the adoption to PoWiFi is going to be really fast if it starts getting traction.

Having said that, PoWiFi also has its own set of limitations. PoWIFi is much less efficient than Radio Frequency Charging or Ultrasound charging, and basically cannot charge a mobile phone. 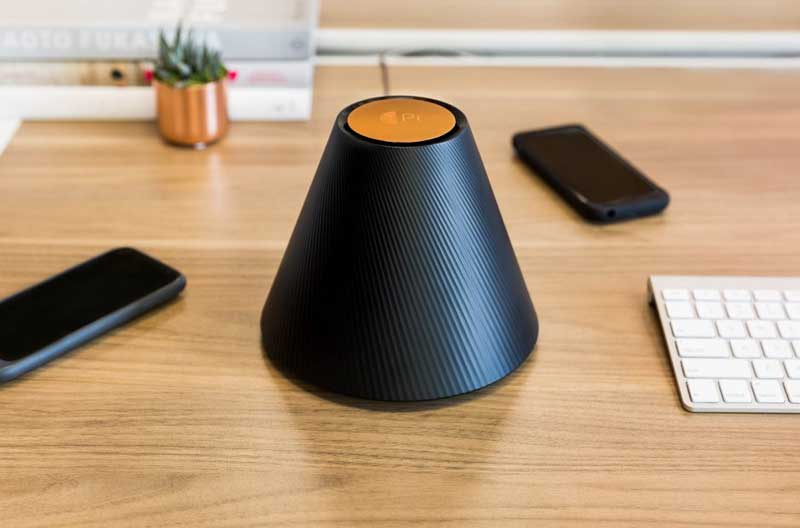 Resonant Beam Forming Charging has a much more different approach to do Wireless over the air charging than PoWiFi, RF Charging or Ultrasound Charging.

Pi, a company that recently debuted this kind of a technology, aims to make a device where devices could huddle around it to get the charge. Resonant Charging is more similar to Qi based Pad Charging than any of the other above mentioned technology. Over here, the principles of pad based charging are put to use in an air medium, where a beam forming algorithm for the device is able to direct the generated magnetic field to the device’s location.

As you’d expect, this type of charging has a smaller radius than other solutions. It’s just a 12inch i.e. 30cm radius around the transmitter. So basically your devices are going to huddle around the charger instead of being in your pockets or your hands while charging.

Pi’s solution works better than the rest and they were able to show of a working device at September’s disrupt conference because they’re ambitions are much lower. They’re not promising long distance range for wireless charging or breakthrough charging tech, they’re using existing technologies and algorithms to make charging at least contactless. Even if that means sitting around their charging unit like you’d do around a campfire.

As for others, there’s still a good distance to cover in terms of the minimum efficiency you’d need to make these over the air charging devices work in a real world.

—
Over the Air Charging is a novel idea, and something that‘s been pursued for a long time now (The oldest references I found dated back to early 2000s), It’s much more convenient than the traditional charging techiques or the Pad Based charging which is often erroneously referred to as “Wireless Charging”. I think it’s a future of charging mobile devices and we’ll eventually look back at the era of Pad Based Wireless charging as a transitionary period to a much better technology.