Workplace culture finally get its due importance

2017 was the year when workplace culture, got the due attention. It started with Susan Fowler’s blogpost detailing workplace harassment at Uber. But ultimately resulted in a much bigger discussion about Silicon Valley treated its employees and was backed by many more people coming forward about the severity of the problem in the valley. We also saw positive results of the widespread attention that this story gained. Employees were fired, VCs began doing the due dilligence on harassment and we actually saw funding being withheld from a popular online trivia game because of the workplace culture. This is in many ways the most profound story of 2017.

Such functionality, makes using the phone more efficient, and to the owner of the phone blurs the lines between locked and unlocked states and eases more of the pain points of an authentication system. While this isn’t perfectly proactive yet, for example, iOS still requires the user to press a physical button while authenticating purchases, it’s bound to improve in speed and performance over time, and is what excites me most about the iPhone X.

Back to Pro for Apple’s lineup

This year saw Apple moving back to more professional grade computers for their product lineups. Earlier this year, Apple announced that they’re in the process of making a new Mac Pro. A rethink of the cylendrical pro that many professional users were hoping to see an update for. Apple also released an iMac Pro, that had the casing of an all in one computer with the feisty internals of a professional grade machine. While the Mac Pro would offer more flexibility, it’s not hard to overlook the fact that a lot of professional applications would find the iMac Pro to be a valid pro-machine. Apple’s renewed focus towards professional macs encourages it’s loyal but off-late angsty professional user base which’d have otherwise switched to PC in search for more lucrative machines that could actually run their heavy duty applications.

Apple’s focus towards professional computers wasn’t just restricted towards macs though. They also released two new iPad Pro devices, for the professional iOS users. These devices boasted of new technology (including Promotion displays that offer a really high-end touch screen experience, and faster chipsets) and were supported by a new completely revamped iOS for the iPad, making the iPad suitable for doing professional work like audio editing, writing and publishing, graphic designing, and photo editing. With apps like Affinity Photo, Scrivener, Ferrite, Linea and Procreate helping the iPad users to build their workflows around the touch-device.

Rise of the the Amazon Echo-System 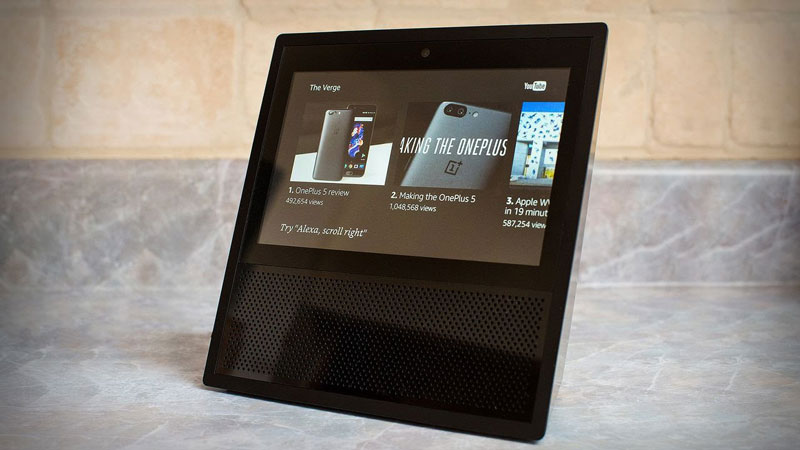 Starting with CES where Amazon’s Alexa based speakers and devices were present everywhere, Amazon’s Alexa announced a proud dominance in the category of the smart home assistants. The year saw Amazon pushing its echo efforts even further, by launching more echo devices (including one that featured a screen to provide visual feedback) and expanding in more countries. With an expanded product range that starts at a dirt cheap price point, Amazon’s Alexa attracted a lot of skill makers, that strengthened the platform further and created a pretty booming eco-system of skills (similar to apps on your phone) that had Audio interfaces.

Almost as a testament to Amazon’s year of dominance, the company possibly enjoyed a very healthy holiday quarter with Amazon’s Alexa assistant app being one of the most searched and trending apps on the App Store. 2017 is the year when Amazon’s echo reached new heights compelling the competition to catch up to them. 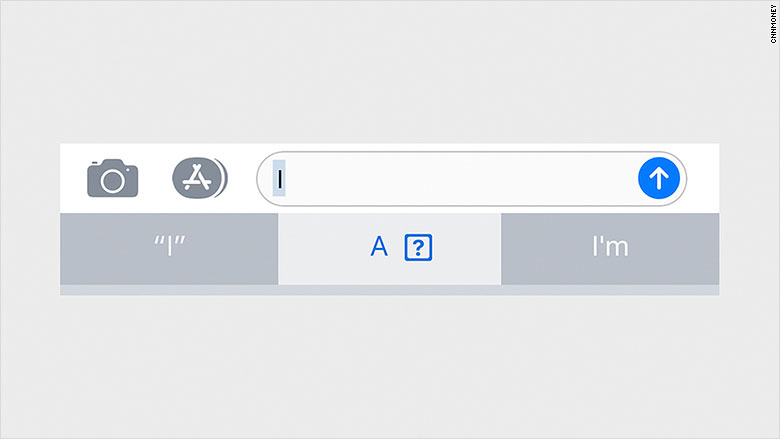 While Apple probably had a great year financially and in terms of the new devices it sold. 2017 was the year when Apple’s Quality Assurance was questioned, scrutinised and its lapses exposed to the world at large. It began in July with the accidental firmware upload of the HomePod which revealed quite a lot of details of their upcoming iPhone, a first of sorts, and just a few weeks later in a more deliberate attempt to sabotage the company’s surprise, someone released the links to the gold master software for iOS11. These slips and mistakes raise questions as to how Apple handles the security of their beta software and as to how such a situation occurred in the first place. The fact that Apple hadn’t put checks in place prior to the leaks was telling.

But that wasn’t all. Soon after iOS 11 released users witnessed another quality assurance hiccup from the tech giant, where their new calculator app failed to display correct results when the buttons were tapped quickly. But the larger issues came to light a few weeks later when first Apple had to patch a terrible root access bug that granted administrative access to anyone without the need of a password, and then followed by a date bug that crashed the springboard for some iOS users when notifications appeared on a certain date.

These quality issues affect Apple more than any other company. For a brand that’s built on quality, and has a user base that trusts Apple to do the right thing and offer a quality experience, these hiccups give the company’s reputation a severe dent. 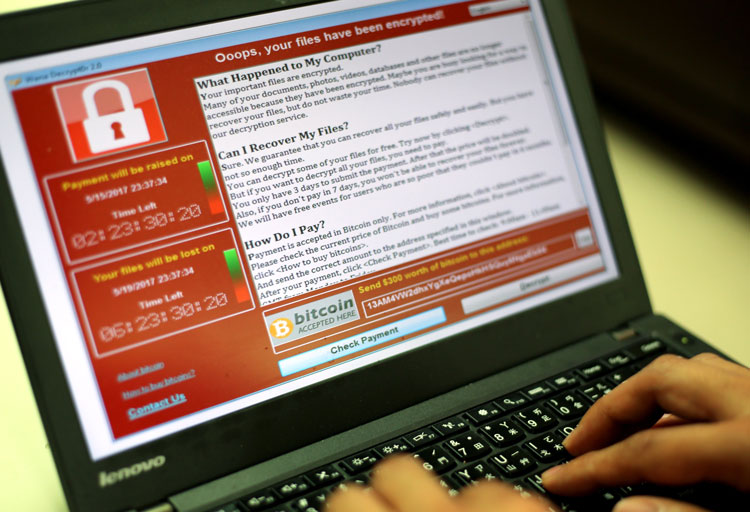 Who uses Windows XP anymore? Turns out, a lot of people. Especially, in critical enterprise industries. In an industry such as that, it’d be a shame it the computers were held hostage as it’d disrupt many services. The problem was is increased if the users aren’t too tech savvy either. This is exactly what happened to users affected by the WannaCry ransomeware. The WannaCry ransomware cryptoworm encrypted the user’s data and demanded ransom payments in Bitcoin.

The ransomware affected primarily those computers which had not been updated for a while and ran unsupported versions of Windows. The impact was widespread, affecting various Hospitals and medical equipment, the ransomware also affected car manufacturers which were still relaying on older systems for condition monitoring and CAD simulations. Various banks and government offices were also affected.

Possibly the most significant malware attack of recent times, it was also a lessson for most organisations to keep updating their systems and not ignore critical security updates.

What began as an ambitious year for Uber with their self driving fleet of cars beginning to start on-road testing, quickly turned into a nightmare that began with Susan Fowler’s allegations on a petty and toxic work culture, followed by lawsuits that claimed that a Uber exec stole trade secrets from Waymo (Alphabet’s self driving car firm) and then followed by further allegations over a botched up lawsuit in India. But that’s not it, Uber’s unethical practices to get data on customers and drivers were also exposed. With the entire scenario turning into an uncontrollable mess, founder and CEO Travis Kelanick was fired. And Dara Kusroshahi appointed.

But Uber’s troubles didn’t seem to end there. In fact, even as late as November, it was discovered that Uber faced a massive security breach earlier in 2016, and they tried to cover it up by making deals with the ransomers. Uber admitted its fault in that case. But it’s also indicative of the fact that Uber’s 2017 fiasco may just be the tip of a larger ice berg.

Nintendo’s latest console Nintendo Switch launched amidst a lot of excitement, the company has been reeling for a while now and desperately needed a lifeline to save them. Nintendo’s Switch did just that, bringing the company out of a slump and proving that Nintendo was still capable of making really good casual gaming hardware, even in the age of devices like the iPad.

With a mix of fun new games and old classics, bundled with modern hardware technology (including some really cool haptics), the Nintendo Switch is definitely an exciting package, and something that compels me a complete non-gamer to just try out the device, which everyone’s talking about. Switch’s success is a welcome sign of relief for Nintendo and da breath of fresh fair in the gadget space that’s becoming increasingly crowded by monotonous ‘smart’ appliances. 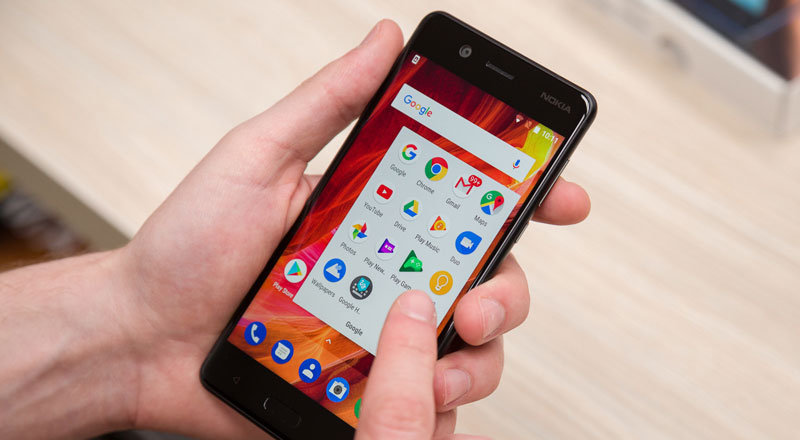 An aquisiton of Withings earlier this year, made Nokia (now a company owned by HMD Global of Finland) an instant big player in the digital health and fitness space with multiple smart health and fitness devices coming under the banner of the Nokia brand.

Closely following on the heals of the smart acquisition, HMD the parent company for Nokia, introduced their slew of Android smartphones into the market and reignited the Nokia brand. And what’s more, the devices themselves weren’t just cheap Android phones (as most of the phones in that price range are) but they were actually, well designed robust smartphones, that showed that great care was put into the making the hardware for those phones. HMD’s Nokia reboot stayed true to the brand’s name.

It’ll be interesting to see Nokia’s progress in the next few years.

Earlier this month, the FCC, now headed by Ajit Pai, decided to repeal several limitations put in place by the previous administration to provide telecom and internet service providers with more freedom on how to shape their internet offering. One of the most significant changes was the allowing of Fast and Slow Lanes for internet access, and the allowance for offering only a limited selection of websites to the users. Bascially, blowing away all the restrictions that ensured a free and open internet for everyone.

By repealing net neutrality laws, Pai’s not only given control to ISPs and Telecom to provide internet services with greater freedom, but armed these giants with weapons that’d allow them to prevent the rise and profileration of upcoming internet services that may harm their own competition. For example, Time Warner would be more inclined to give more bandwidth and faster access to something like HBO Go instead of say, Netflix Or any other streaming service.

One can only hope that the such ammendments are carefully scrutinised and possibly overruled as they hardly benefit users in the long run.